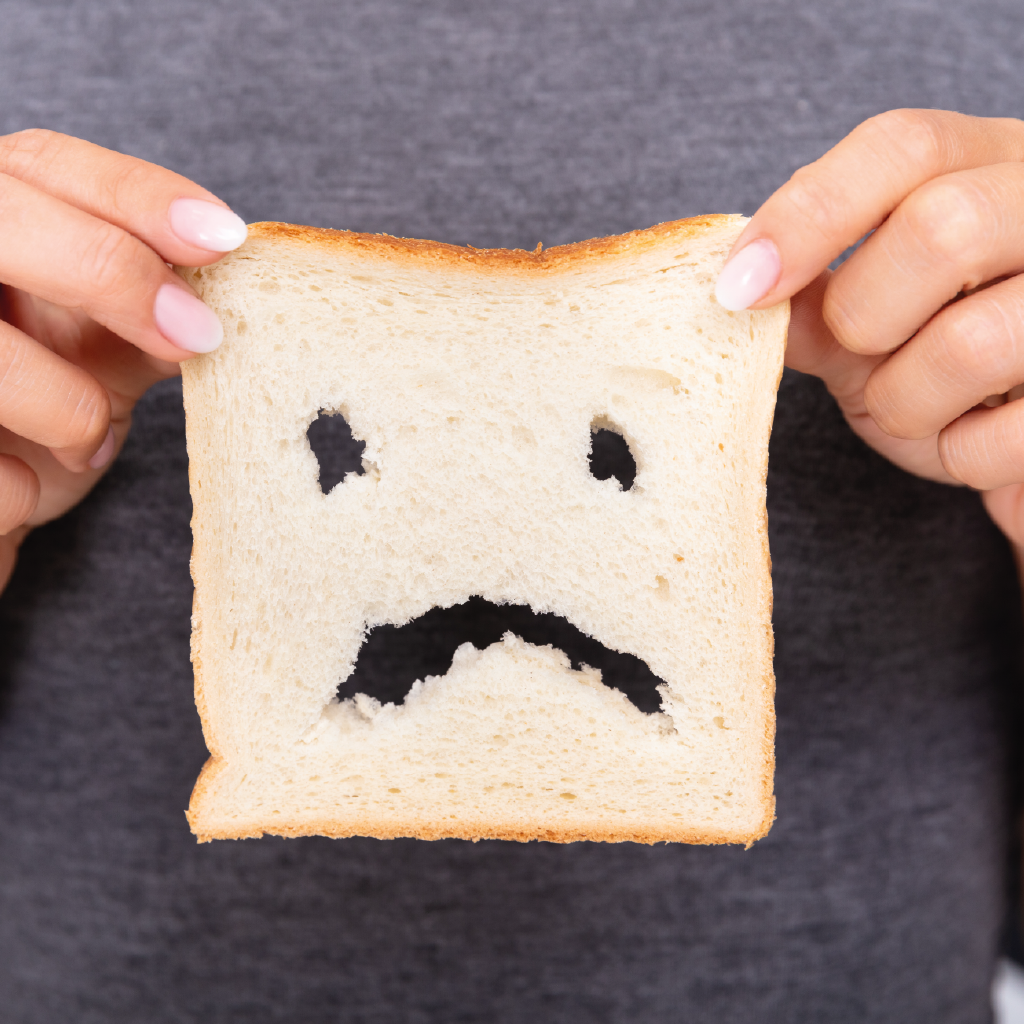 The ISS estimates that celiac disease affects approximately 1% of the general population globally, affecting approximately 600,000 Italians, especially among women. Compared with 2018, by the end of 2019 number of diagnoses increased by 11,179 cases. There are many people who suffer from this pathology and in many cases without knowing it. How to identify it? What are the symptoms of celiac disease in adults and children?

Celiac disease: what is it?

“Celiac disease is an autoimmune condition characterized by an inflammatory response that affects genetically predisposed subjects when taking the gluten protein complex, which is contained in some cereals or othercontaminated products”, explains Dr. Cosentino.

In fact, gluten, and in particular a substance it contains, gliadin, activates the immune system, which acts by producing antibodies and mistakenly attacking the intestinal mucosa.

Thus, inflammation and damage to the intestinal mucosa vary from individual to individual, including the atrophy of the 'viles' (finger-shaped growths necessary to promote the absorption of food nutrients). Their atrophy leads to nutritional deficiencies and malabsorption.

At what age does it manifest itself?

Celiac disease, in genetically predisposed subjects, does not always involve the development of the disease. When the disease arises, however, it can happen at any age, due to a concomitance of factors, some of which have not yet been identified.

Causes of celiac disease, as indicated, are not fully known but we think of a mixture of factors including:

Celiac disease has a very varied symptomatology, based on the severity of the form from which it is afflicted which, in some cases, can even be without clinical manifestations.

The first symptom, understood as the most common of the typical form of the disease, is diarrhea, resulting from the inability of the inflamed organism to completely absorb nutrients.

Symptoms of celiac disease in adults

In addition to diarrhea, other characteristic symptoms of celiac disease that can be identified in adults are:

Symptoms of celiac disease in children

As for children, celiac disease (which can present with the same symptoms as adults) and the malabsorption of nutrients can alter the infant development curve with consequences which, at times, are themselves signs of the pathology, among them:

However, celiac disease occurs more and more often in atypical forms, with purely extra-intestinal disorders that make it difficult to identify, for example:

“In some subjects instead of the classic intestinal inflammation, celiac disease can cause what is commonly referred to as “skin celiac disease”, whose scientific name is Duhring's herpetiform dermatitis or Brocq's painful polymorphic dermatitis.

Dermatitis herpetiformis is characterized by itchy blisters that frequently develop in the elbows and knees, but can also appear in any other area such as armpits, scalp etc.”, continues Dr. Cosentino.

Other forms of celiac disease

To complete the picture of celiac disease as a fairly complex pathology, in addition to the forms with typical symptoms and those with atypical symptoms there are others:

“We also hear often about celiac disease linked to weight gain, but no correlation has been proven.

The metabolism could be slowed down due to thyroid diseases that could be at the basis of celiac disease as, at the same time, it can happen that, after identifying celiac disease, therefore eliminating the cause of malabsorption, one can gain weight”, explains the doctor.

Typical and atypical symptoms of celiac disease, which we talked about above, can also occur in individuals who have a diagnostic negativity to the disease and a normal intestinal mucosa.

In this case we speak of simple sensitivity to gluten, that is an intolerance which, like celiac disease, varies in intensity from individual to individual, but can be resolved completely after the suspension of gluten for 1-2 years.

“The immune system of subjects affected by Gluten Sensivity reacts within hours of taking gluten, which is perceived as a threat, while in celiac disease the reaction and damage can occur after months or even years of accumulation”, explains Dr. Cosentino.

Gluten sensitivity is about 6 times more frequent than celiac disease, but to date there are no tests to identify it with precision. The only immunological alteration that can be found in patients who show sensitivity to gluten is the positivity, through blood sampling, to some antibodies (first generation antigliadin AGA, of the IgG class, more rarely of the IgA class) which are found positive in the 40-50% of patients with this condition.

On the genetic level, Gluten Sensitivity presents a positivity to some genetic markers (HLA-DQ2 and / or DQ8) in about 50% of cases compared to the finding of these in 99% of celiacs and in 30% of the general population.

Subjects suffering from Gluten Sensitivity have symptoms very similar to those of Irritable Bowel Syndrome (IBS) such as swelling and abdominal pain, irregular alvus, etc.. Therefore in this new clinical entity, Gluten Sensitivity may also include some patients who may have been mistakenly considered as suffering from irritable colon, hypochondriacs or with psychological and anxious-depressive problems.

In any case, it should also be emphasized that Gluten Sensitivity is unfortunately not yet accepted by many specialists who prefer to 'label' as suffering from irritable colon (sometimes difficult to verify) subjects who actually suffer from sensitivity to gluten (easier to check).

These are different pathologies.Unlike celiac disease, wheat allergy can be triggered not only in the intestinal area but also affect, for example, airways and skin, as well as lead to anaphylactic shock in the most serious cases.

Furthermore, in the case of wheat allergy, the consumption of wheat alone should be avoided, while there are many cereals that contain gluten, including: oats, barley, rye, spelled, kamut.

In any case, to facilitate a differentiated diagnosis, tests can be performed to identify wheat allergy through the presence or absence of some IgE class antibodies and PRICK tests.

Missed or late diagnosis together with prolonged consumption of gluten-containing foods in celiacs can lead to various complications:

Diagnosis of celiac disease is made through blood tests and duodenal biopsy. Obviously, these investigations must absolutely be carried out when the patient is on a free diet, i.e. including gluten.

Blood tests that allow to determine level of antibodies produced by the immune system in the event that gluten is perceived as a harmful substance:

If the blood sample gives a positive result, a biopsy of the duodenum is usually also performed, during esophagus-gastro-duodenoscopy, to evaluate the state of the intestinal villi (which are then analyzed under a microscope to verify presence of the disease).

According to the most recent guidelines, biopsy can be avoided in children and adolescents in the presence of elevated antibody values ​​(over 10 times the baseline value) and symptoms typical of the disease.

When the dosage of antibodies, duodenal biopsy and symptomatological picture do not give clear results, the genetic test is used. This procedure detects whether one is predisposed to the disease through the presence of the HLA-DQ2 and HLA DQ8 genes.

When the diagnosis of celiac disease has been confirmed, regular check-ups will be carried out over time to assess the state of inflammation, therefore of malabsorption, anemia and bone health.

To date, the only cure for celiac disease is a complete gluten-free diet, not only to avoiding cereals that contain it, but also foods that may be contaminated by it or that contain it as an additive.

Gluten free diet does not involve nutritional deficiencies, but it is necessary to follow a balanced diet rich in fruit and vegetables. To elaborate one it is advisable to consult a nutritionist.