Everything you need to know about the mRNA coronavirus vaccines 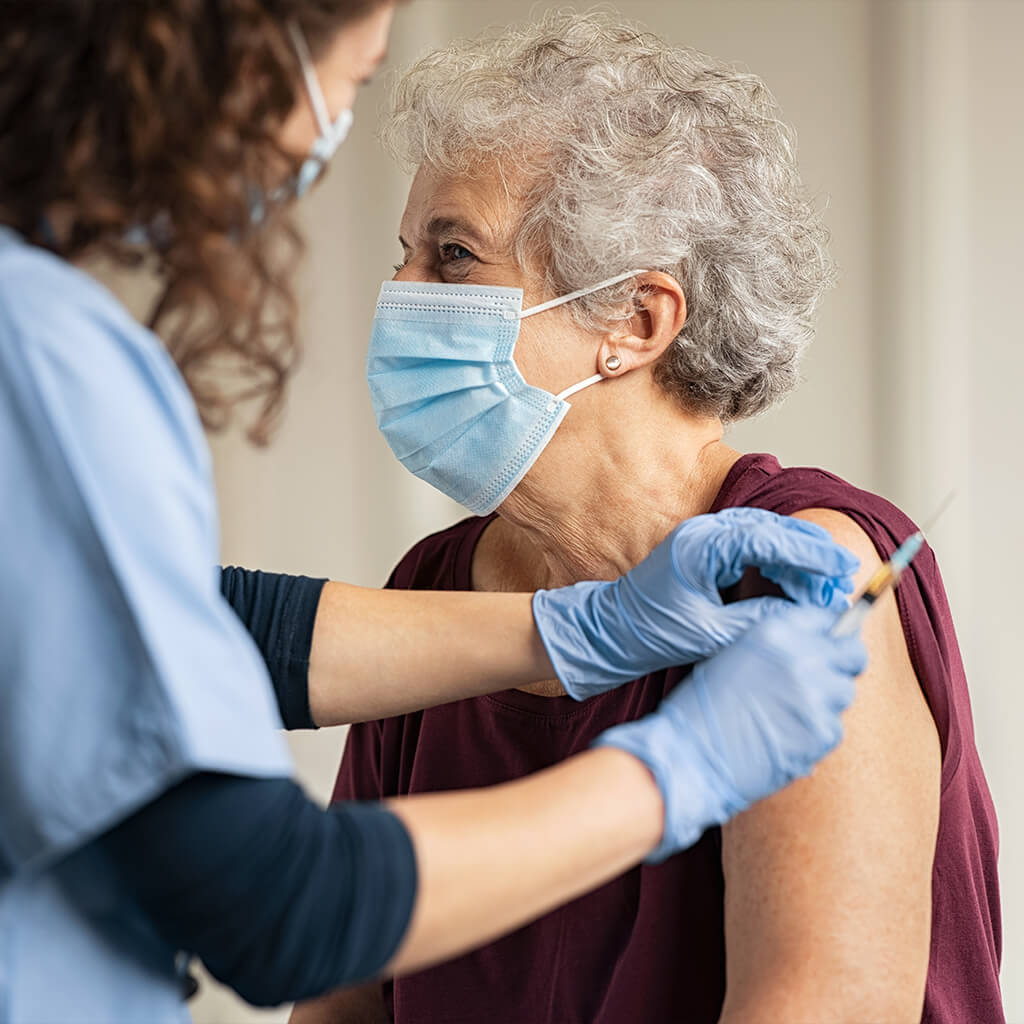 Are approved mRNA vaccines safe and effective? Who can get vaccinated? Will we achieve herd immunity? Word to Dr. Moro, coordinator of the anti-COVID vaccination plan at San Raffaele

Covid-19: all the answers on the vaccine

We've already talked about the COVID-19 vaccine race when the phase III of clinical trials wasn't finished yet and none of the candidates had been approved for commercial use. Today, after the publication of data on Pfizer-BioNTech, Moderna, and AstraZeneca vaccines and their approval by the FDA and EMA, we can safely say: the first vaccines against COVID-19 are a scientific miracle, the result of collaboration between the private and public sector, researchers and citizens.

Never before has a vaccine been approved, produced and distributed in less than a year, especially during a pandemic. The speed of the process, an extraordinary scientific victory, however, has raised questions in many citizens about the safety and effectiveness of these products.

These are legitimate questions, but the answer leaves no room for doubt: COVID-19 vaccines approved in Europe are safe and effective according to the first available data.

Together with Dr. Moro, we will find answers to all the questions in regards to one kind of vaccines – mRNA vaccines - and will help to spread the truth about them. Vaccination is not required, but it is your personal choice. Being informed is the only way to make a responsible choice.

How do the mRNA vaccines work?

There are currently two mRNA vaccines approved in Italy and Europe: Pfizer-BioNTech and Moderna. Both use an innovative technology, based on a molecule present in all our cells and essential for their functioning: messenger RNA, also called mRNA.

For each protein that is used in our cells exists one mRNA molecule that decodes it. Without the mRNA molecule our cells won’t know how to build a corresponding protein. However, why use this molecule in a vaccine?

Vaccines for COVID-19 (even those using older technology) alert our immune system on the Spike protein, which allows the new coronavirus to enter cells. Thus, the immune system has enough time to provide an adequate response both on the level of antibodies and cells, that allows it to quickly recognize the virus and defeat it in case of infection.

“mRNA vaccines use an ingenious technique to target the immune system against the Spike protein: vaccines stimulate the production of Spike protein in our cells (by instructing them to create it) and to provide mRNA to encode the protein.

However, in order for mRNA vaccines to allow the immune system to respond effectively to the virus, two injections spaced 3 weeks apart for Pfizer-BioNTech and 4 for Moderna are required,” explains Dr. Matteo Moro, infectious disease specialist and Head of Infectious Control at the San Raffaele Research Hospital, coordinator of the anti-COVID-19 vaccination plan within the facility.

Are pfizer-biontech and moderna vaccines safe?

It should be noted that during the development of vaccines against COVID-19, not a single stage was missed and clinical trials were in accordance with the protocol. Time costs have been drastically reduced thanks to the fact that a vast amount of the laboratory research was already done during the SARS epidemic in 2003 (virus SARS-CoV is very similar to the current one).

Moreover, governments covered the economic risks, thereby allowing pharmaceutical companies to overlap phases of clinical trials with each other and to begin producing doses without waiting for final approval.

“In clinical studies for evaluation of the safety and efficacy of two approved mRNA vaccines were involved over 50,000 people (20,000 for Pfizer-BioNTech and 30,000 for Moderna).

The most common side effects recorded, other than injection site pain, were:

Generally, side effects were more intense after the second dose. These are mild and transient effects, which can be controlled if necessary with an anti-inflammatory drug,” explains Dr. Moro.

As for the rarer side effects, at the moment there are not enough clinical studies. It is necessary to wait for data after millions of vaccine injections in the real world. To date, over 10 million people in the world have already been vaccinated.

So far, the only serious side effect that is very rare is the classic allergic reaction, which occurs more often in those who have previously experienced intolerance to certain drugs or foods.

“This is a common phenomenon for all vaccines and drugs, which, due to its rarity, is not usually observed and cannot be quantified during trials, but can be adequately controlled if a vaccinated person remains monitored for at least 15 minutes after the injection. In any case, the side effects of the vaccine, which we have seen are minimal, must be considered in the context of the cost-benefit ratio in the face of a pandemic: 2 million deaths out of nearly 100 million confirmed infections.

As for any long-term effects, the same applies to any drug or vaccine you've ever taken (from aspirin to blood pressure medications): only time will give us more information, thanks to the data collection that continues after the product launch.

However, there is no reason to believe that a vaccine like this poses special risks: the extremely fragile mRNA molecules are destroyed in cells shortly after they start the production of the Spike protein. This is also the reason why these vaccines need to be stored at very low temperatures”.

Are pfizer and moderna vaccines effective?

Clinical studies of approved mRNA vaccines have measured their ability to reduce the onset of symptoms of COVID-19 or protect those vaccinated against disease. Based on these studies, it can be concluded that commercially approved mRNA vaccines are able to protect against the disease in 94-95% of cases. An exceptional result that needs to be validated in the real world as vaccines are available in more and more countries.

Can a vaccinated person infect others?

However, protecting from the symptoms of the disease does not necessarily mean preventing a vaccinated person from becoming infected with the coronavirus (almost asymptomatically) and perhaps passing it on to someone else. According to various experts, it is very likely that the vaccine also prevents infection, but the truth is that at the moment we do not know for sure.

How long does vaccine immunity last?

Finally, we do not know how long the immunity provided by the vaccine lasts. We only know that antibodies persist for at least 6 months in patients who have recovered from COVID-19. Scientists believe, based on our knowledge of other coronaviruses, that immunity to SARS-CoV-2 will weaken over time, although it is now difficult to understand how.

“It is likely that the limited duration of protection and the emergence of new coronavirus types will require periodic vaccinations against COVID-19, same way it works for the flu. For these reasons, while waiting for more data, it is important that vaccinated people continue to wear masks and keep social distancing,” concludes Dr. Moro.

Will we achieve herd immunity?

Herd immunity is a phenomenon in which a virus can no longer spread in a community because a sufficient percentage of its members have been vaccinated. This percentage depends on the efficiency with which the virus is transmitted from person to person. In the case of a new coronavirus, it could be around 70%, which corresponds to about 40 million people in Italy.

Reaching this percentage by next winter is unlikely, much will depend not only on the continued availability of approved vaccines, but also on the approval of any other vaccines that are in the last stage of development, as well as on the will of citizens, and last but not least by the availability of vaccines for the under 16. Ãt the moment no vaccine is licensed for the young people and children.

“Fortunately, in addition to achieving herd immunity, vaccinating a significant percentage of the population, especially the elderly, would drastically reduce the impact of the pandemic on healthcare facilities, reducing hospitalizations and deaths,” explains Dr. Moro.

This is why everyone must do their part when the vaccinations of healthcare workers and RSAs will end and the vaccine will be available for the population. It will be available in the first place for over 80 (about 4 million people in Italy) and then in accordance with the priorities indicated by the National Plan.

“From that moment, defeating the pandemic will be everyone's responsibility. It is up to us to prove that we are up to it.”