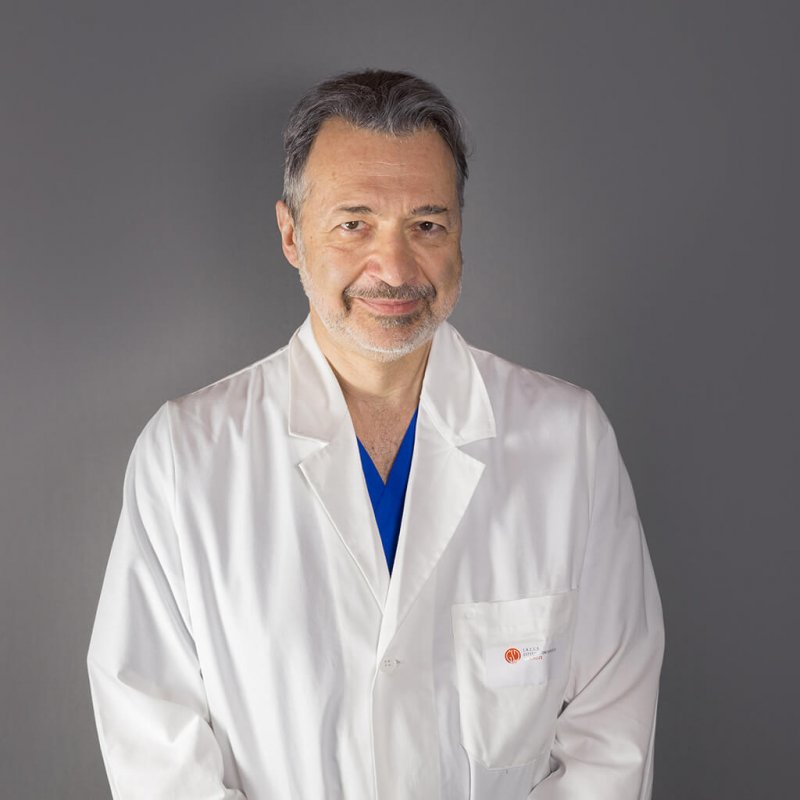 He studied at the Catholic University of the Sacred Heart in Rome, where he graduated in medicine and surgery (1983) and specialized in orthopedics and traumatology (1989). This was followed by various work experience abroad: in 1987, he was a visiting physician at the Department of Orthopedic Surgery at Columbia University in New York (USA), and then at the Endo-Klinik Hospital in Hamburg, Germany (1992).

His professional activity is connected with three seemingly separate fields: surgery, research and teaching at the university. In fact, these three activities are closely related to each other.

Surgical activity is mainly aimed at the diagnosis and treatment of traumatic and degenerative pathologies of the main joints (knee, hip, foot/ankle, shoulder, elbow). The professor pays special attention to hip and knee joint prosthetics and minimally invasive arthroscopic surgery. In addition, along with surgical activities, Professor Sansone has always promoted the concepts of regenerative orthopedic medicine, using the most advanced methods of regeneration of musculoskeletal tissue.

Research activities are divided into three main areas. The first is largely based on close collaboration with the Polytechnic University of Milan to study new engineering mathematical models that serve to better understand the behavior of prostheses used in surgery for joint reconstruction. The second area of research is molecular biology and tissue engineering. The third area of research is clinical, which is aimed at studying the effectiveness of new drugs and new surgical and diagnostic techniques.

His thirty-year teaching career has been based on teaching orthopedics to future doctors of the University of Milan and future orthopedic surgeons of the School of Specialization in Orthopedics and Traumatology. Orthopedics is also taught as part of a nursing course.

During his career, Professor Valerio Sansone has held important positions in institutions. For example, he was the head of a research project funded by the Lombardy region on a new model of peripheral anesthesia in arthroscopic and non-arthroscopic knee surgery (1993-1995). He is the author of hundreds of scientific publications published in national and international journals.