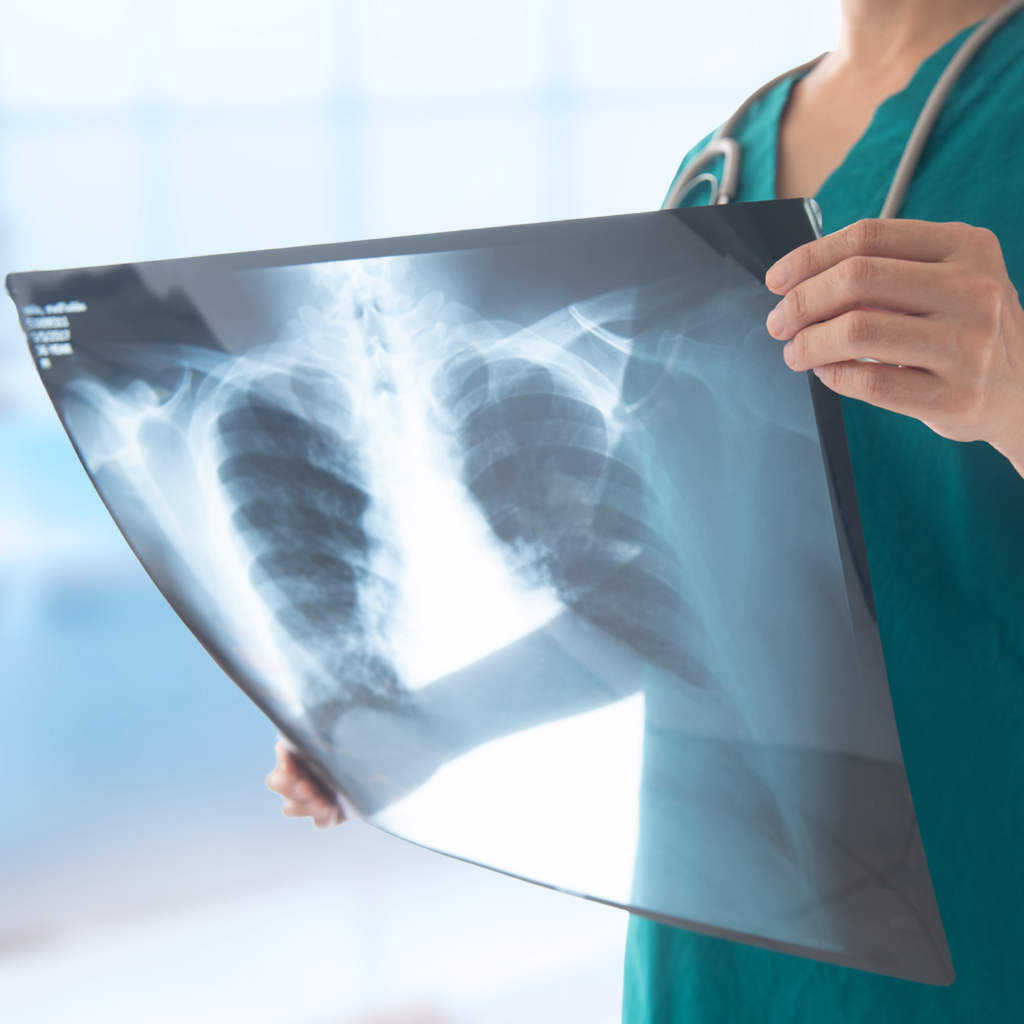 According to 2022 data, almost one in four Italians (24.2% of the population) is a smoker. The figures rose by 2% compared to the period before the pandemic, which was not observed since 2006.

Smoking, as it’s now well known, is an important risk factor for the development of many diseases amongwhich there’s also pulmonary emphysema. It is estimated that it affects around 210 million people worldwide and can cause 3 million individual deaths every year.

In the past, emphysema was more common among men, heavy smokers. However, in recent years the scenario has changed: women smokers also suffer from emphysema and are much more likely than men to suffer from chronic obstructive pulmonary disease (COPD), which is associated with emphysema, as we will see below.

Early intervention, especially to prevent deterioration in lung function, is not only possible but necessary. We discussed this pathology, its causes, symptoms, diagnosis and treatment with Dr. George Cremona, Head of Pulmonology and Pathophysiology at Ospedale San Raffaele Hospital.

Pulmonary emphysema and its types

Pulmonary emphysema is a disease affecting the pulmonary alveoli: the tissue from which they are composed deteriorates with a reduction in their ability to exchange oxygen and carbon dioxide with the blood.

“The alveolar tissue is destroyed by strongly reducing the surface for gas exchanges: once destroyed, the 7 alveolar tissues can no longer return to the way they were before, they are irremediably damaged,” explains doctor Cremona.

From a morphological point of view, different types of emphysema are:

The causes can be many, however in the west countries smoking is the main cause (in 90% of cases):

“Inhalation of toxic vapors damages cells and promotes an inflammatory state. This involves elimination of damaged cells and, at the same time, inhibition of natural repair mechanisms, leading to the development of emphysema.

This process, associated with the chronic inhalation of harmful substances, such as cigarette smoke, often occurs together with a state of chronic inflammation of the airways, called chronic bronchitis, leading to a complex disease known as chronic obstructive pulmonary disease (COPD).

“Let's not forget that continuous infections of the lower airways also create inflammation and, by increasing mucus secretion, can contribute to the course of the disease,” clarifies the specialist.

Emphysema usually affects smokers around the age of 50 and appears subtly with shortness of breath during physical exertion that is often attributed to age or sedentary lifestyle.

“Unfortunately, the patient often goes to the family doctor only after an episode of bronchitis after which he/shecannot breathe as well as before, but by then the disease is already quite advanced. For this reason, it is very important that general practitioners are proactive in looking for the disease in smoking patients over 40 by investigating if they often cough or if they have noticed shortness of breath during physical activities,” clarifies Dr. Cremona.

It is very important for a patient who smokes to talk to their doctor if they have:

Family doctor will be able to collect correct medical history and physical examination, following withappropriate examinations by a pulmonologist to prescribe the best therapy and to prevent complications.

The most important examination for the diagnosis of chronic obstructive bronchopathy is spirometry which will show a picture of obstruction to the expiratory flow. It is a simple, non-invasive, inexpensive, easy to perform and to interpret exam.

The patient will simply have to blow hard into an instrument that measures air flow starting from a deep inhalation. Normally a healthy person should be able to empty between 70-80% of all the air that in the first second of the maneuver.

Patients with an obstruction of the airways or with a loss of lung elasticity, as occurs in emphysema, take much longer. This obstruction typically responds little or no to the administration of a bronchodilator drug.

Once the picture has been identified, the confirmation of emphysema could be done through the execution of other functional tests, such as global spirometry and alveolar-capillary diffusion which evaluate both pulmonary hyperinflation and the loss of efficiency of gas exchanges typical for emphysema. Lung CT can also show areas of alveolar destruction on early stages.

There are no specific treatments that allow you to recover lost respiratory function, the only element that can change the natural history of emphysema is to stop smoking.

“Quitting smoking modifies the accelerated decline in lung function by slowing the progressive course of the disease. Unfortunately, abolish smoking is not easy, today we have anti-smoking centers that can both help against nicotine addiction and provide psychological support. This combined approach has significantly improved success in smoking cessation in motivated people,” confirms the pulmonologist.

In addition to smoking cessation, the patient must be encouraged to adopt a healthy lifestyle, maintain regular physical activity and vaccinate against influenza and pneumococcal disease.

“Other therapies we have available are bronchodilators that are used to reduce the limitation of expiratory flow by reducing lung hyperinflation and improving shortness of breath.

Anti-inflammatories are also used. In some patients they can reduce bronchial obstruction and prevent bronchitis flare-ups and thus preserve lung function. These drugs are able to relieve symptoms and thus improve quality of patients’ life.

Antibiotics, on the other hand, are indicated only on the occasion of exacerbations of chronic bronchitis or for pneumococcal pneumonia,” explains Dr. Cremona.

For patients with severe forms that lead to respiratory failure, use of supplemental oxygen for at least 18 hours a day is recommended to help prevent right heart failure (RHF).

On the other hand, for all patients whose shortness of breath interferes with their daily life, respiratory rehabilitation is indicated. The latter consists of a multidisciplinary program aimed at improving exercise tolerance with physiotherapy aimed at strengthening the limb and respiratory muscles, as well as providing educational and nutritional support to help patients manage their chronic disability.

The most frequent complications are exacerbations, defined as episodes of worsening of shortness of breath and cough that are sometimes severe enough to endanger patient's life. These episodes can further damage lung function leading to a higher stage of severity.

“A greater effort is needed to seek out patients with this disease at the earliest stage possible, immediately initiating secondary prevention of smoking cessation, initiating appropriate drug therapies and interventions aimed at modifying patients’ lifestyle, to be able to counteract the evolution of the disease since its onset,” concludes Dr. Cremona.

Obstructive pulmonary disease: what is it