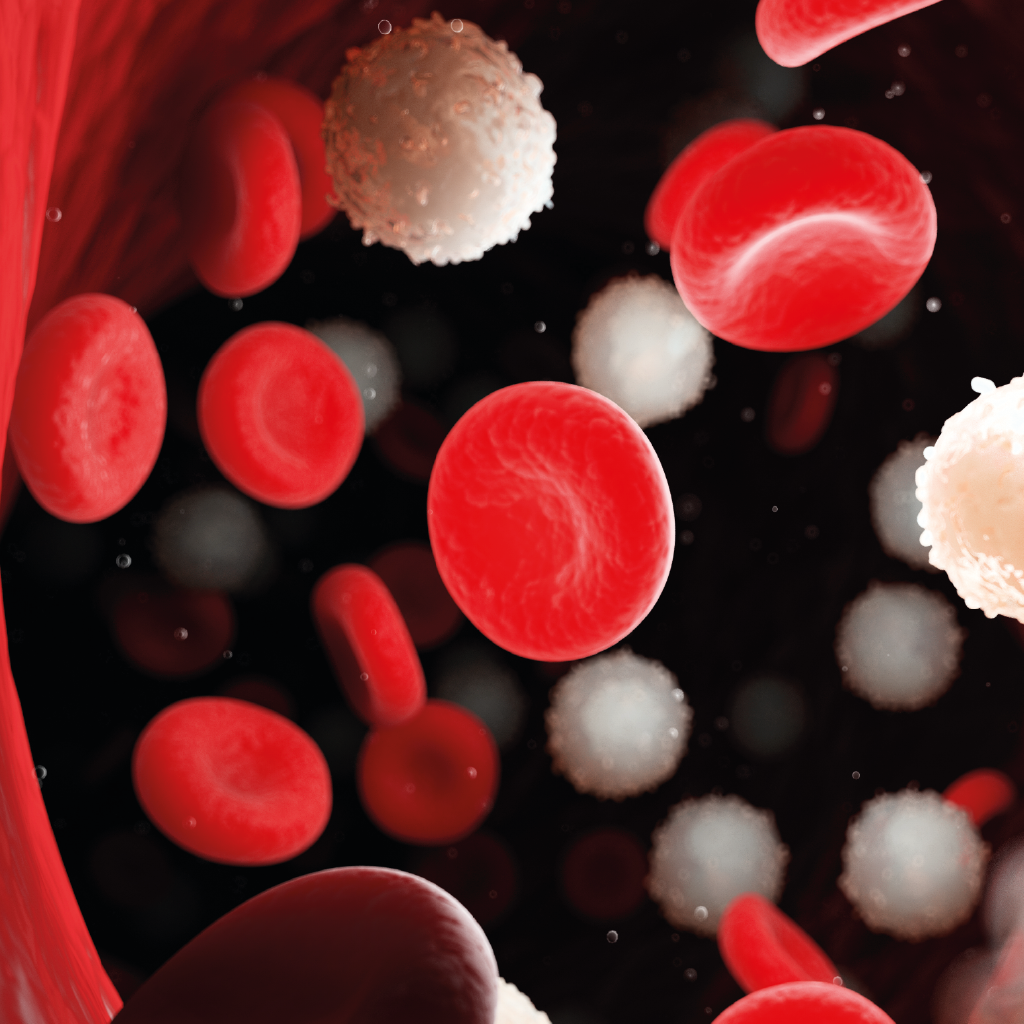 We talk about the disease, its treatments and promising lines of research with professor Fabio Ciceri, Head of Hematology and Bone Marrow Transplantation of the Ospedale San Raffaele and president of GITMO (Italian group for bone marrow transplantation, hematopoietic stem cells and cell therapy).

What is leukemia and how does it develop?

When we talk about leukemia we are not talking about a single disease, but about a set of blood cancers caused by the uncontrolled proliferation of hematopoietic stem cells (called leukemia or blasts) or those cells that are still immature that grow and become components of our blood: white blood cells, red blood cells and platelets.

Blood stem cells originate in the bone marrow present in adults, especially in flat bones (such as pelvis, sternum, skull, ribs, vertebrae, shoulder blades), and can develop into:

“As a result of genetic mutations and complex mechanisms stem cells can prematurely interrupt their development or can acquire the ability to replicate unlimitedly and become resistant to the mechanisms of programmed cell death (apoptosis). When this happens, immature cells invade the marrow, blood and sometimes lymph nodes, spleen and liver thus leading to leukemia,” explains professor Ciceri.

“One of the classification factors of the disease is its speed of progression: acute forms evolute in short or very short time and represent a block of cell maturation, while chronic forms have a slower evolution, in which however, the ability of the marrow precursors to mature is maintained, although it may be abnormal,” explains haematologist.

According to the National Cancer Registry, the most frequent forms are:

Cancers affecting blood cells are much more common in childhood than in adulthood. In particular, acute lymphoblastic leukemia accounts for 75% of all diagnosed leukemia in children up to 14 years, while acute myeloid leukemia indicates 15-20%.

In adults, however, the majority of acute leukemias is represented by myeloid forms, while lymphoblastic forms are less frequent (about 25-30%). Chronic leukemias, on the other hand, are typical of adults, while rare in children.

Based on AIRTUM (Italian Association of Cancer Registries) data, we find:

Although the incidence rate of leukemia is growing, with nearly 8,000 new cases in Italy, mortality is decreasing thanks to a continuous and constant improvement in therapies.

On the early stages, chronic leukemias may have no symptoms because leukemia cells are limited to interfere with the functions of other cells. Unlike in acute leukemia, which symptoms present early and can get worse extremely rapidly.

While in the case of proliferation of white blood cells there may be symptoms similar to a bad flu syndrome, such as continuous but well tolerated fever.

The most innovative treatments and therapies against leukemia

Over the last few years there has been a constant and progressive improvement in the prognosis of the disease for two reasons:

Hematopoietic stem cell transplantation is one of the therapeutic options that replaces diseased cells, destroyed with high doses of chemo or radiotherapy, with healthy ones from a compatible donor. Often the donor is a sibling or a family member, but it can also be a stranger who has cells compatible with those of the patient.

“In some cases this approach is able to definitively cure leukemia, especially in younger patients, and can be used for forms that no longer respond to chemotherapy. This is why it is important to enroll in the register of bone marrow donors, a simple gesture that allows, by taking a small amount of blood or saliva for genetic typing, to save a life,” states professor Ciceri.

Chemotherapy and immunotherapy with CAR-T cells

In addition to transplantation, other therapies available today are chemotherapy combined with other approaches, aimed at stimulating the immune system to recognize and destroy leukemia cells. For example, alpha interferon used to slow the growth of cancer cells and monoclonal antibodies target leukemic cells, favoring their destruction by the immune system.

“An innovative therapeutic approach is immunotherapy with CAR-T cells, an option available for some leukemias that do not respond to conventional treatments. CAR-T cells are the patient's own T lymphocytes that are genetically modified so as to be equipped with the CAR molecule (chimeric antigenic receptor). Once molecules are introduced into the patient, CAR-T cells can specifically recognize cancer cells, to attack and destroy them effectively. Leukemia is the very first tumor treated with this therapeutic tool that has been available in Italy since 2019”.

The first patient infused with CAR-T cells in Italy was treated at the Ospedale San Raffaele, coordinating center of the ELARA international clinical trial. Expertise of doctors and researchers has been fundamental for the development (from the laboratory to the early clinical stages) of other similar experimental treatments such as CAR-T therapies for multiple myeloma and acute myeloid leukemias.

“These ‘tailored’ approaches, built on the evolution of the disease and on the possibility of combining and dosing multiple treatments, allowed us to arrive not only at long-term survival goals, but also to reach great improvements in the quality of life of our patients,” concludes professor Fabio Ciceri.

Research does not stop

Research remains the pillar to improve the prognosis of these pathologies:

“Reducing the toxicity associated with hematopoietic stem cell transplantation and improving transplantation even from external or haploidentical donors (parents for children and vice versa), are two of the objectives achieved in the last years”.

“Expertise developed between laboratory counters and hospital wards becomes effective when it is put together and that is why study networks such as AIEOP (Italian Association of Pediatric Hematology and Oncology) and GIMEMA (Italian Group of Adult Hematological Diseases), are as important as investments.

Last but not least, patients and their associations, such as AIL (Italian Leukemia Association), without whose volunteers and services many therapies could not be offered, because they are very demanding for patients and families alone,” concludes professor Ciceri.