Genetic editing: a new strategy to improve efficiency and precision 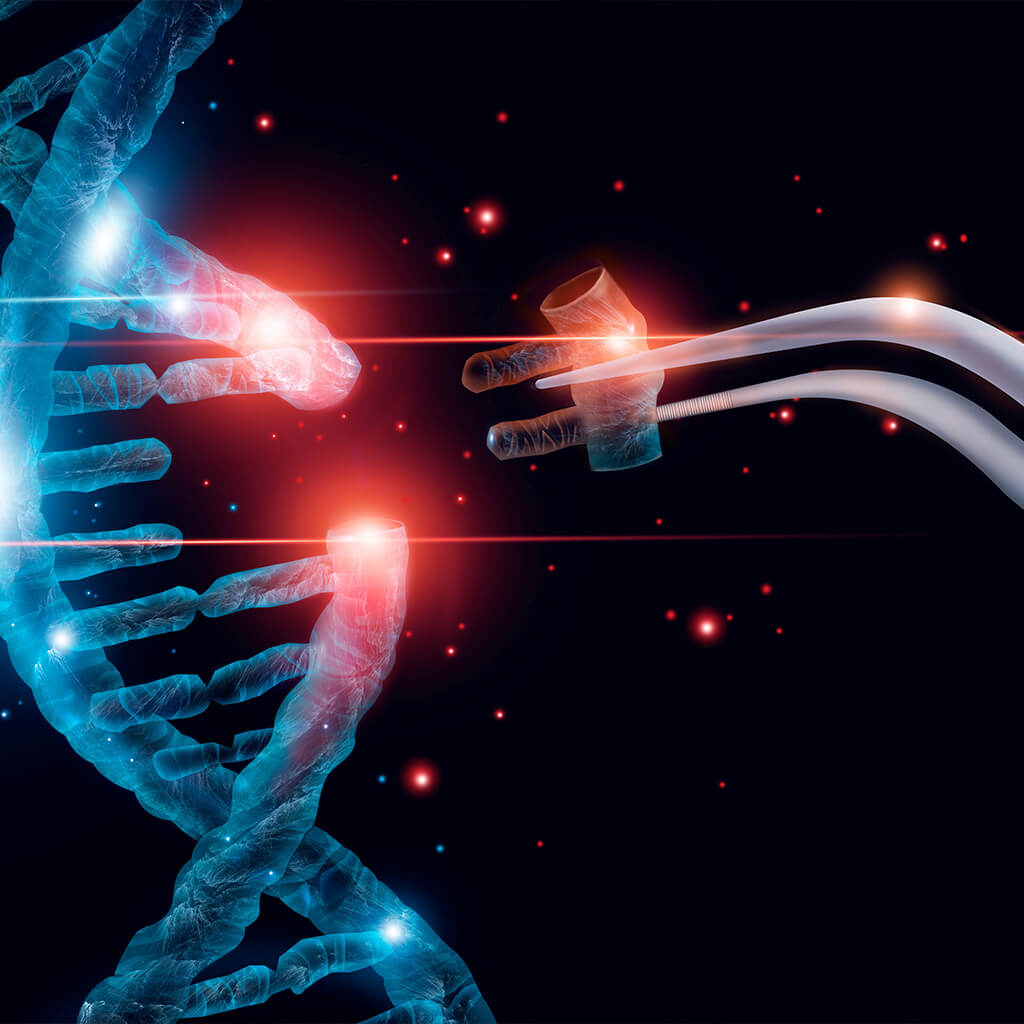 In a study published in Nature Biotechnology, a group of researchers from the San Raffaele-Telethon Institute for Gene Therapy (SR-Tiget), led by Luigi Naldini, showed how to overcome one of the most important barriers to the application of genetic editing hematopoietic stem cells, which at the same time represent a fundamental target for the treatment of serious genetic diseases, such as primary immunodeficiencies.

Building on decades of experience in the field, SR-Tiget researchers are working to make genetic editing an increasingly safe and effective therapeutic approach. Coments Luigi Naldini, director of the SR-Tiget:

«Ours is an important result in the path towards clinical application in diseases in which" traditional "gene therapy is not indicated, because the one to be corrected is a "delicate "gene, involved for example in the regulation of cell growth. In these cases, genetic editing offers the possibility of correcting the gene in its natural location, maintaining its physiological regulation, which is instead impossible when the therapeutic gene is supplied from the outside and randomly enters the genome. For some pathologies this is not a problem, as demonstrated by the therapeutic successes of the gene therapy developed in our institute, but in others it can instead be risky. And precision medicine is indeed this: designing tailored therapeutic strategies, based on an in-depth knowledge of biological mechanisms and obstacles to overcome»

Gene editing is considered the last frontier of precision medicine because it allows correcting with high accuracy errors in genetic information in the DNA, responsible for serious diseases that are still incurable. Samuele Ferrari (PhD student at the UniSR) and Aurelien Jacob, first authors of the work, explain:

«Today we are able to guide this repair system, providing the cell with the correct version that we want to insert instead of the mutated one. To do this, a viral vector is used, i.e. a virus rendered harmless but still capable of infecting cells and transferring the mold for correction with their genetic load. However, this targeted correction system does not work best within the hematopoietic stem cells, which by their nature are tendentially quiescent and once they feel damage to the DNA they tend not to proliferate anymore or even to eliminate themselves. We then went on to study how to stimulate them and avoid the side effects of our surgery on genetic material».

Thanks to previous studies carried out in the institute by the Naldini group and in collaboration with the group of Raffaella Di Micco, researchers have found one of the keys to overcome the negative impact of DNA cutting on hematopoietic stem cells, acting on one of the proteins most important for the regulation of cell proliferation (p53). This protein - nicknamed "guardian of the genome" - acts as a cell growth inhibitor in pathological conditions, so much that its malfunction is associated with numerous tumors. By administering an unprecedented protein cocktail to blood stem cells during genetic editing, the researchers managed to temporarily block its action and significantly improve the efficiency of the corrective process.

Continues Pietro Genovese, supervisor of the study, who has been recently recruited by Harvard Medical School in Boston:

«This is not the only innovation introduced. We have shown that it is possible to insert in the viral vector, in addition to the guide sequence for DNA correction, also a short additional sequence that works as a real "barcode" to uniquely identify each of the corrected stem cells. In this way we can follow them over time and verify that their behavior has not been altered by the treatment. This allowed us to demonstrate not only the effectiveness of editing, but also - and for the first time - that the procedure is safe: in fact, we have been able to exclude the onset of cells that could give rise to future tumors. In other words, if we associate each molecular barcode with a color, we are glad when we see many different colors: it means that there are many corrected cells. Conversely, if we observe few colors or even just one prevailing color, for us it is an alarm bell that indicates a risk of the procedure».

What is gene editing

A particular case of gene therapy is that based on gene editing, a recent technology that allows precise intervention to find and correct genetic errors in DNA, even at the level of a single letter. This technique is inspired by a defense system developed in ancient times by bacteria against viruses, which in case of infection makes them able to recognize and destroy viral DNA.

To achieve this, researchers use the so-called "molecular scalpel" CRISPR/Cas9, which is directed to cut the DNA at the desired point, for example where there is a mutation responsible for a disease. The main advantage lies in the fact that the defective gene is corrected "on site" and maintains its physiological regulation, thus ensuring the expression that is observed in normal conditions. The potential therapeutic applications are many, from rare genetic diseases to tumors.

The study was funded by the Telethon Foundation, by the European Union's Horizon 2020 program, by the Italian Ministry of Health and by the Ministry of Scientific Research, as well as by the Louis-Jeantet Foundation of Geneva which in 2019 conferred precisely on the director of the SR -Tiget its award for translational medicine. The application of the technology under study to the treatment of some genetic diseases will be conducted within the framework of a strategic alliance between SR-Tiget and Genespire.