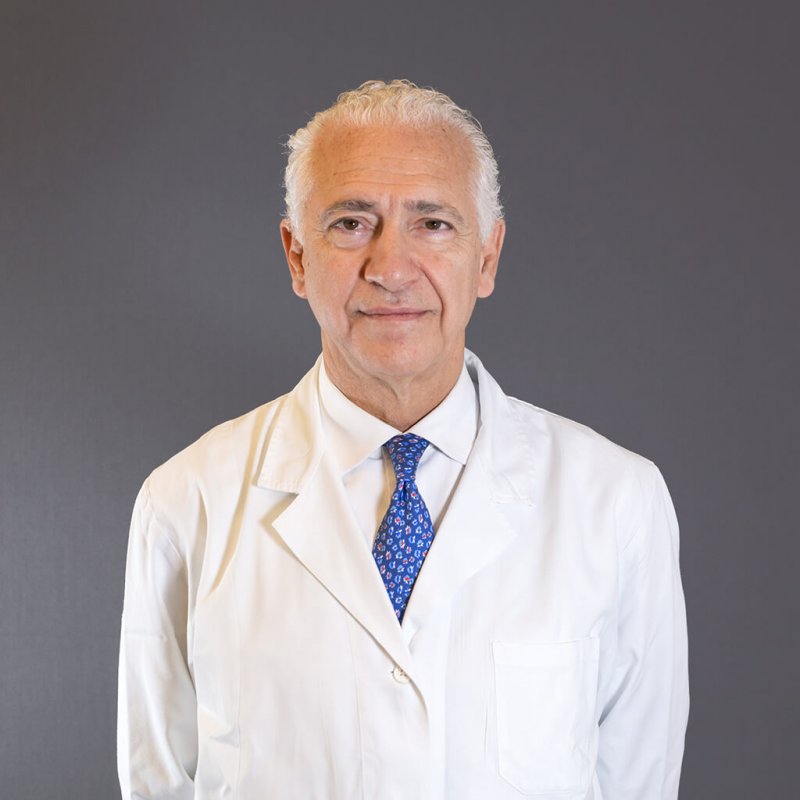 Prof. Ugo Pastorino is Director of the Complex Structure of Thoracic Surgery at the IRCCS National Institute of Oncology in Milan and has a private surgical practice at the Casa di Cura La Madonnina. He is also a lecturer at the Schools of Specialization in Thoracic Surgery, General Surgery and Medical Oncology at the University of Milan.

His work at Casa di Cura La Madonnina focuses on thoracic oncological surgery, in particular, on the early diagnosis and subsequent surgical treatment of primary and secondary lung cancer with the removal of metastatic nodes.

Author of more than 350 articles published in international scientific journals with a high impact factor (Scopus index H: 58), during his career he performed more than 5,000 thoracic operations as the first surgeon. In 2016, he received the "Joseph Cullen Award for Research on Lung Cancer Prevention" from the International Association for the Study of Lung Cancer. He is also the recipient of 20 research awards, 7 of which are publicly funded (Ministry of Health, Lombardy region), and as principal investigator conducts prospective clinical trials on 14,857 patients, in parallel creating and coordinating five biological banks for the Research Clinical Institute of the National Institute of Oncology.

University of Milan,
Degree in Medicine and Surgery, 1979

University of Milan,
Specialization in Oncology, 1987