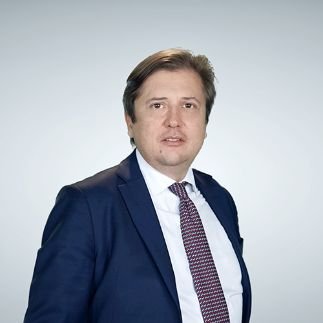 Professor Pierpaolo Sileri is Head physician of the Colorectal surgery and inflammatory bowel diseases department at the Ospedale San Raffaele in Milan. He also holds a position of Associate Professor of General Surgery at the Vita-Salute San Raffaele University in Milan.

Prof. Sileri graduated in Medicine and Surgery from the University of Rome Tor Vergata in 1998 with honors, where he obtained a specialization in Surgery of the digestive system in 2004 and a PhD in Robotics and computer science applied to surgery in 2005.

In 1997 Prof. Pierpaolo Sileri underwent a Visiting research fellow at the Thomas Starzl Transplantation Institute, University of Pittsburgh, Pittsburgh, PA (USA). His research was focused on ischemia and reperfusion injury in liver and intestinal transplantation.

In 1999-2001 Prof. Sileri were a Postdoctoral Research Associate at the Department of Surgery of the University of Illinois at Chicago. During this period, he collaborated and began his own research on the transplantation of organs such as kidney, liver, intestine, and pancreas. In 2001 he first obtained a Master's degree in Surgical Sciences at the same University, and was then promoted to Instructor of Surgery in 2002 until to obtain the title of Adjunct Clinical Assistant Professor of Surgery.

From 2003 to 2005 Prof. Sileri worked as a surgeon at the John Radcliffe Hospital in Oxford, Great Britain, and taught in the field of general medicine and surgery at the University of Oxford.

In 2013 Prof. Sileri became a Knight in the Order of Merit of the Italian Republic which was awarded by the President of the Italian Repubblic. Later in 2017 he received an award of the Society of Laparoendoscopic Surgeons for the study ‘Epsit for the treatment of pilonidal sinus’.

During his career Prof. Pierpaolo Sileri has contributed to 208 scientific publications and is/had been a member of the following editorial boards: