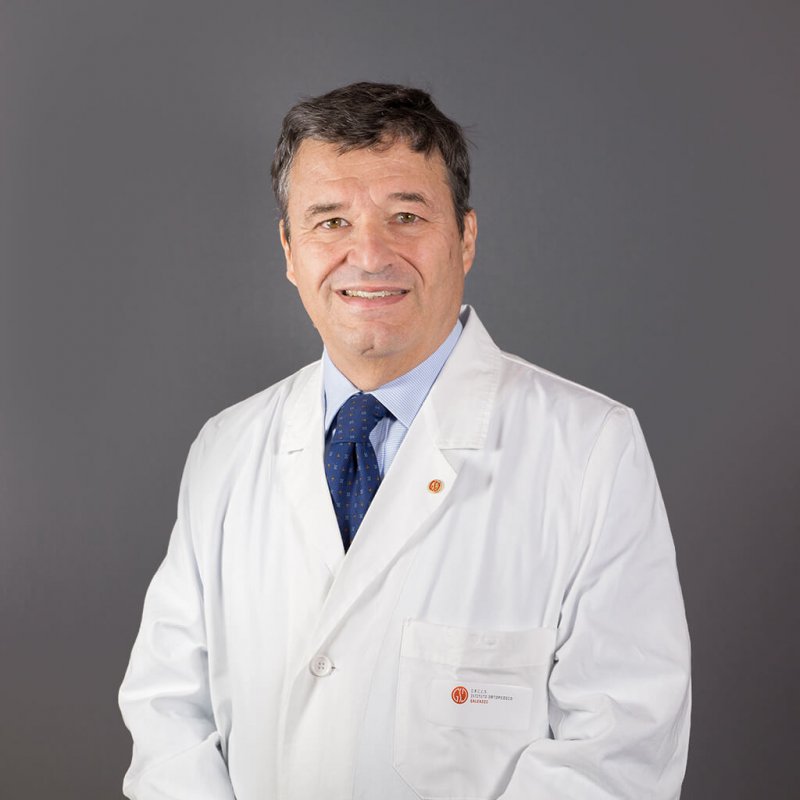 Professor Luca Angelo Augusto Francetti is the director of the Clinica Odontoiatrica of the IRCCS Istituto Ortopedico Galeazzi in Milan. He spent his academic career at the University of Milan, first as a researcher at the University (1997), then as an associate professor (2005), and since 2016 has been a professor of odontostomatological diseases. After graduating from the Faculty of Medicine and Surgery of the University of Milan in 1986, he received a specialization in odontostomatology at the University of Pavia (1989), was interested in scientific and clinical research mainly in periodontology and oral implantology, acting as coordinator of important multicenter studies in the country in the context of these disciplines.

During his career, he has held important positions: sponsor and director of the Research Center of Oral Implantology at the University of Milan, since 2013 he has led the specialized school of Oral Surgery at the same university; active member of the Italian Society of Periodontology and Implantology (SIdP), of which he was president from 2010 to 2011, is a member of the European Academy of Osseontegration and the European Federation of Periodontology (EFP).

During his chairmanship of the Italian Society of Periodontologists, he had the idea of creating and promoting the Lifestyle project in the country, aimed at informing and drawing the attention of dentists to the relationship between periodontitis and cardio-metabolic diseases, as well as to the role of lifestyle. In the course of this project, more than 50 meetings were held at the place of residence for two years, lasting 4 hours each, in which more than 8000 specialists took part.

Professor Luca Francetti participates in numerous conferences and trainings as a speaker. His bibliography consists of scientific articles published in national and international journals and book chapters. In total, it has more than 120 publications.

University of Milan
Degree of Doctor of Medicine and Surgery - 1986

University of Pavia
Specialization in dentistry - 1989