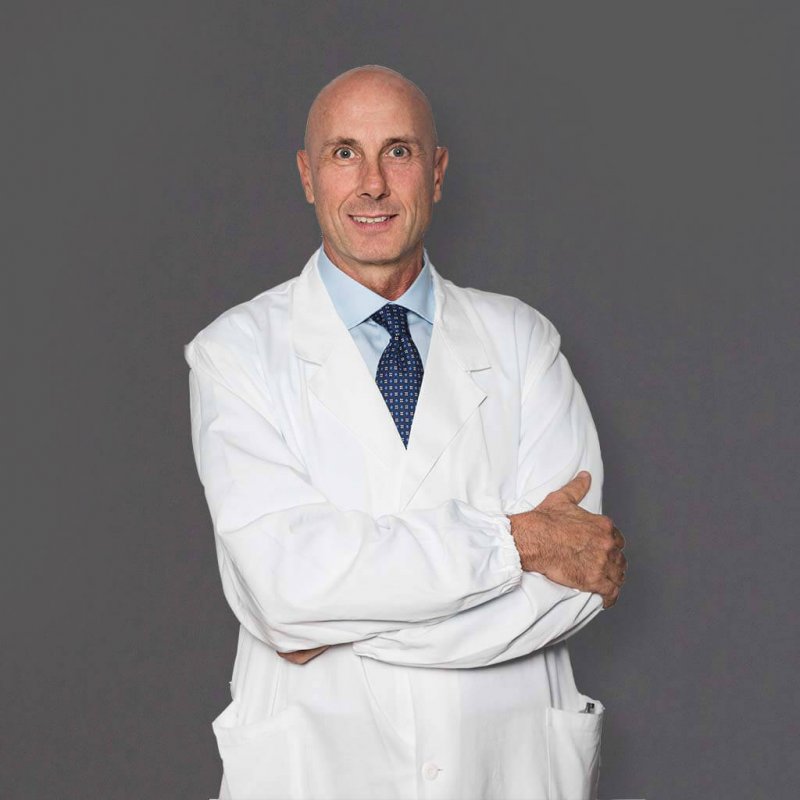 Dr. Fabrizio Giudici has been the Head of the Department of Spine Surgery at the Istituto Ortopedico Galeazzi Clinical Research Institute in Milan since 2015. In 1990, he graduated from the Faculty of Medicine and Surgery of the University of Pavia, and six years later he specialized in Orthopedics and Traumatology at the University of Milan.

Since the beginning of his career, he has been involved in orthopedics and traumatology, specializing in spinal surgery. He performs about 150 spinal surgeries per year as a first or second surgeon. He pays special attention to the treatment of deformity, both in adolescents and in adults, scoliosis and hyperkyphosis, as well as the treatment of degenerative pathologies such as discopathy and spondylolisthesis. In addition, he is engaged in the treatment of pathologies of the spine, such as stenosis and hernias in the cervical and lumbar spine, as well as fractures or subsidence of the vertebrae.

During his career, he taught at the Beato Luigi Palazzolo School for Professional Nursing in Milan (1993-1995) and for over fifteen years in massage, physiotherapy and podology courses organized by the Istituto Ortopedico Galeazzi Clinical Research Institute. His works are published in national and international scientific journals: there are more than 50 scientific articles, some of which have an impact factor. He actively participates as a speaker in about 10 national or international congresses a year.

Degree in Medicine and Surgery – 1990

Specialization in Orthopedics and Traumatology – 1996