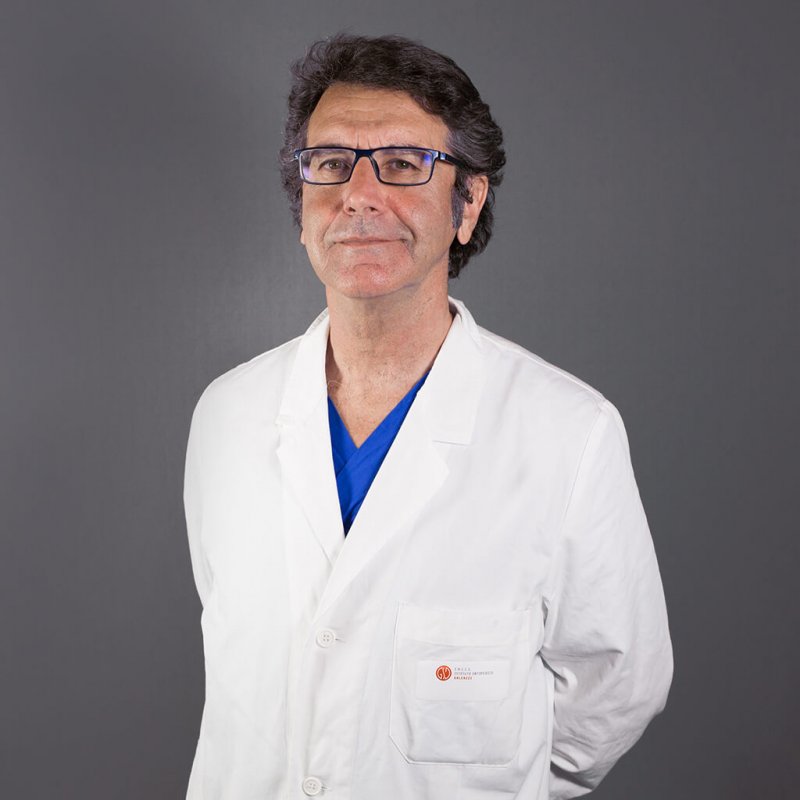 He works in the fields of orthopaedic surgery, orthopaedics and traumatology, with a particular interest in paediatric orthopaedics. As a primary surgeon, he performs more than 400 operations per year, treating pathologies such as hallux valgus and pathologies of the knee, hip, hand, congenital and acquired deformities of the limbs using external fixation. In addition, he collaborates with other departments of the Istituto Ortopedico Galeazzi Clinical Institute in the treatment of complex cases such as pseudarthrosis, bone loss.

Dr Fabio Verdoni has held a number of positions in the field of university education: academic supervisor for students at the Faculty of Medicine and Surgery and for postgraduates in orthopaedics and traumatology (1992), and from 2004 to 2009 was an visiting professor at the State University of Milan. He is the author of scientific articles published in national and international journals, and participates in continuing education courses and conferences as speaker and/or chairperson.

Degree in Medicine and Surgery - 1985

Specialization in Orthopaedics and Traumatology - 1990