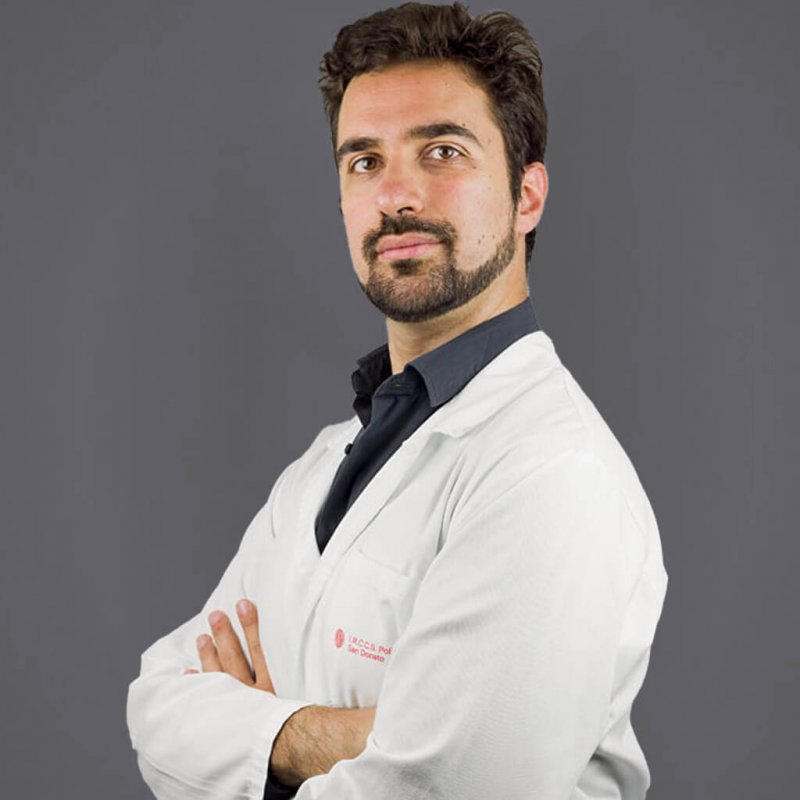 Dr. Fabio Giatsidis is a Level I medical director in the Departments of Neurology and Stroke at the IRCCS Policlinico San Donato, as well as a consultant neurologist at Casa di Cura "La Madonnina" in Milan.

In 2013, he graduated from the Faculty of Medicine and Surgery of the Vita Salute San Raffaele University of Milan, and in 2018 he received a specialization in neurology at the Tor Vergata University of Rome.

While studying to become a specialist, in 2018, he conducted research abroad at Massachusetts General Hospital, Harvard Medical School (Boston, USA) and Brown University (Providence, USA) as a Post-Doctoral Research Fellow, actively participating in research projects in the field of brain-computer interfaces (BCI) and in the study of motor function recovery after cerebral ischemic stroke.

Dr. Giatsidis is an expert in the treatment of acute, subacute and chronic cerebrovascular diseases, including cerebral ischemic stroke and cerebral hemorrhage. He also has experience in the diagnosis and treatment of epilepsy, motor disorders (including Parkinson's disease) and headaches (including migraines).

He also deals with non-invasive clinical examinations, such as echocolor Dopplerography of epiaortic vessels and transcranial echocolor Dopplerography (also to study the patency of an oval opening or an open oval opening), as well as the interpretation of medical examinations, such as EEG, magnetic resonance imaging, CT and nuclear medicine research. (for example, brain death and DaTscan).