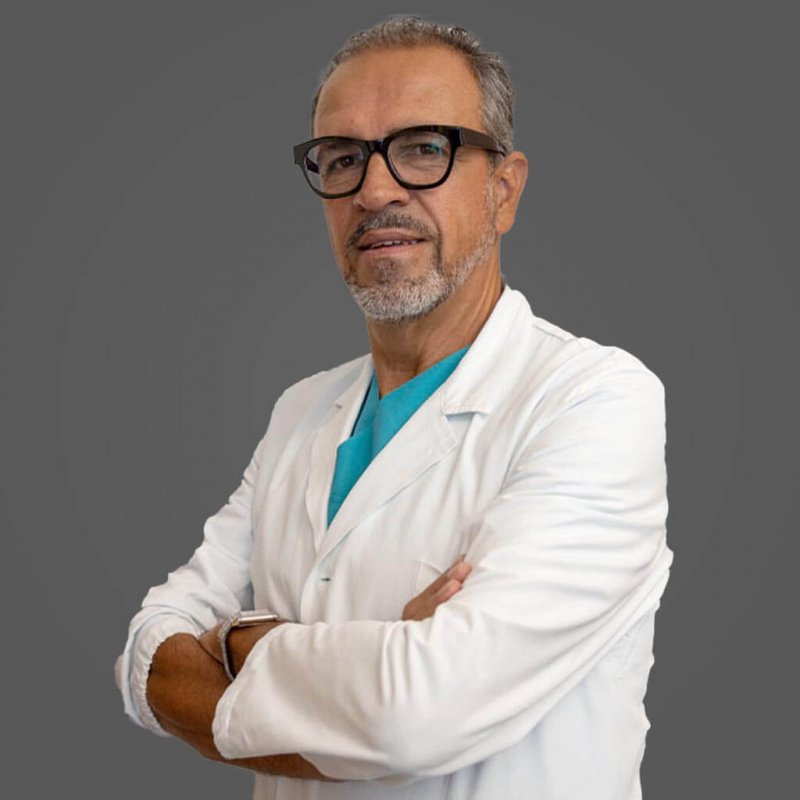 Dr. Agostino Crupi is a dermatologist, the Head of the outpatient clinic for the early diagnosis of skin cancer at the Casa di Cura la Madonnina, and dermatologist at the Vita Cutis Dermatological Clinical Institute at the Palazzo della Salute - Wellness Clinic.

He graduated with honors from the Faculty of Medicine and Surgery of the University of Messina in 1985, where in 1988 he completed his specialization in dermatology and venereology with honors.

He became a member of the Italian Society of Dermatological and Oncological Surgery in 1987 and took part in the first plenary meeting of the National Working Group on Skin Melanoma (FONMEC).

Since then, he has been mainly engaged in the prevention and study of skin tumors and digital dermoscopy in nevus mapping.

In 1999, in fact, he created the first photographic apparatus for digital nevus mapping, Epidigital Skin.

From 1985 to 1991, he completed doctoral training at the Dermatology Clinic of the Ospedale Maggiore Hospital in Novara, and from 1990 to 2001, he was the Head of the outpatient clinics for dermatology and dermatosurgery at the ASL 13 and 14 Territorial Health Institutions in Verbania and Novara.

Since 2001, he has been a freelancer at the Casa di Cura San Pio X clinic in Milan, working there as the Head of the Center for Dermato-Oncological Prevention of Skin Tumors.

Since 2008, he has been a freelancer at the Casa di Cura la Madonnina Clinic, acting as the Head of the outpatient clinic for dermato-oncology and dermatosurgery and preventive diagnosis of melanoma.

Dr. Crupi is mainly concerned with:

He has performed over 25,000 outpatient dermatosurgical procedures and monitored over 5,000 patients with digital mapping over the past twenty years.

He is a member of various societies:

He has participated in numerous national and international congresses as a moderator, speaker and lecturer of ECM courses in the field of surgical and oncological dermatology.

He is the author of over 50 scientific publications and has been studying dynamically changing melanocytic dysplasia for many years.