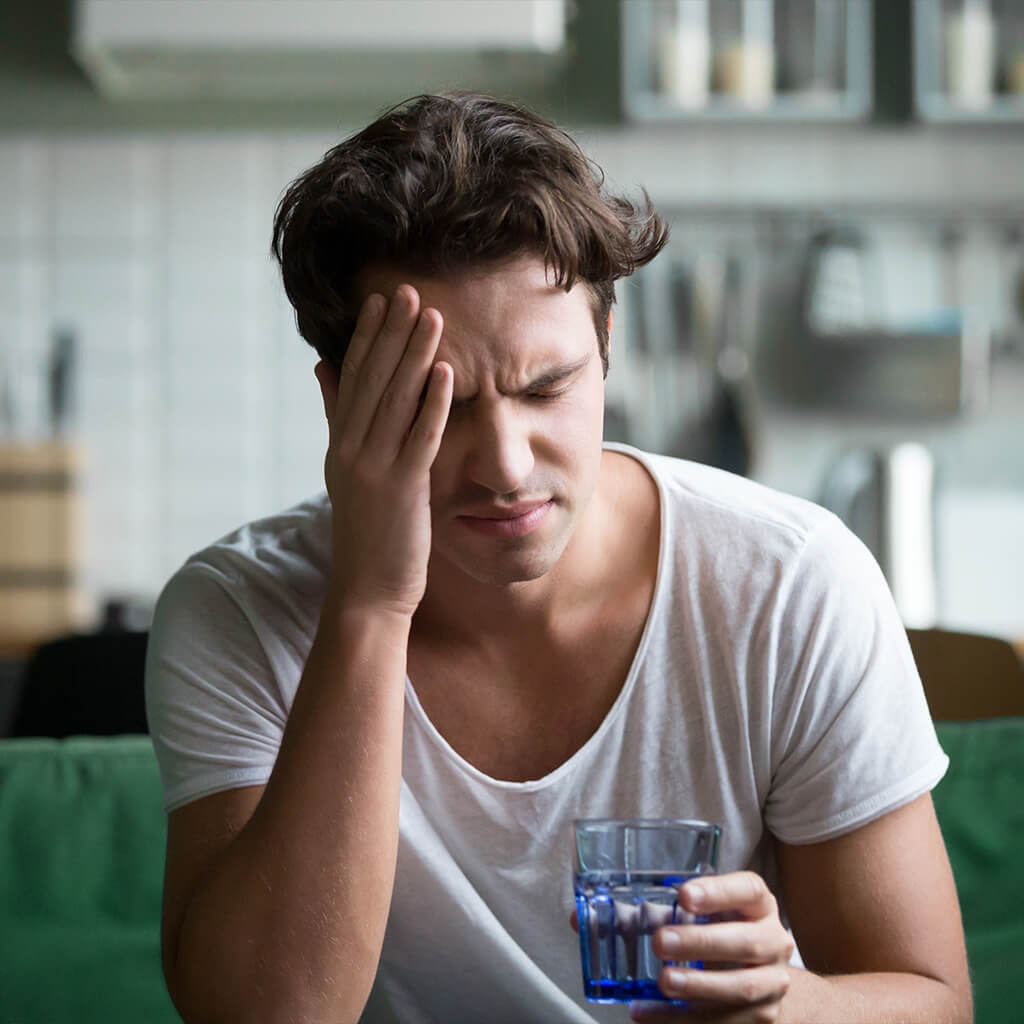 Tension headache and migraine are the most common forms of headache. For treatment, it is important to rely on specialized centers, as explained by the specialist of the Palazzo della Salute-Wellness Clinic

Each of us has suffered from headache in our lives. This symptom is very common especially among females. The pain can affect part or all skull and can also involve neck. Episodic or chronic, headache in its most common forms can have a heavy impact on the quality of life of those who suffer from it, up to the point of affecting work, social and personal spheres.

There are different types of chronic headaches, but the best known and most frequent are tension headache and migraine.

"Tension headache is generally characterized by a dull and severe pain that can last several hours or even days. Pain is not well localized, but usually affects the whole head and may be accompanied by nausea.

Tension headache is certainly the most frequent and due to the emotional tension linked to stress. The latter causes a tension in the neck muscles (in particular the trapezius muscle) which can cause pain that, from the nape of the neck, can reach the forehead up to the eyes.

Women suffer more often than men, in a ratio of 3 to 1,” explains Dr. Bassi.

Migraines, on the other hand, mostly affects half of the skull and causes throbbing pain of variable intensity and can last for several days. In migraines familiarity has a high importance: people who suffer from migraine often have relatives, mostly women, who are affected by the same disease.

Migraine can initially manifest itself with neurological symptoms that precede the headache, including:

There are also other related symptoms, such as phonophobia and photophobia (annoyance due to intense sound and light respectively), almost always accompanied by nausea and more rarely by vomiting. In this case, a patient prefers to stay in a quiet and dark environment.

Compared to tension headache, the cause of migraine is well-known: there is a change in a brain neurotransmitter, for which the crisis is triggered by the cascade of serotonin, causing a vasoconstriction with symptoms mainly at the visual level (ophthalmic aura) and then a vasodilation with the onset of the actual headache.

The headache symptom is very generic: the diagnosis can be made clinically and it is very important to carry out a very accurate anamnesis, that is:

Once a complete clinical picture of the patient has been made, a neurological physical examination is carried out. In any case, to exclude important intracranial pathologies, it is advisable to resort to more accurate diagnostic tests such as magnetic resonance.

The tension headache frequently becomes chronic, that is persistent over time and not episodic, and it is necessary to resort to a therapy composed of tranquilizers or antidepressants, in low doses, which allow the person to respond to stress in a better way. It is important that the therapy is followed to the letter and for as long as indicated by the specialist.

In the case of episodic tension headache, the adopted therapy is symptomatic, with the use of drugs (anti-inflammatory, painkillers) at the time of symptoms.

In migraines, when the crises are less than 3-4 times a month, triptans are used. If the crises are more often than 4-5 per month, we usually switch to prophylactic drugs: there are different types, but the most used and effective are beta-blockers.

“It is difficult to talk about real prevention. Usually we invite the patient to keep a headache diary in which he/she describes:

By doing this, it is possible to better frame the patient to learn about his habits, in order to avoid as much as possible, the factors that could favor the onset of headaches such as stress, some drugs and some foods.”

It is important, especially in patients suffering from chronic headache, to rely on specialists and expert centers, such as the Headache Diagnosis and Treatment Center of Palazzo della Salute-Wellness Clinic, for an early diagnosis and specific and targeted treatments and not to undertake do-it-yourself therapies that can make the situation worse rather than improve it.