The 2020 Nobel Prize in Chemistry was awarded to Jennifer Doudna and Emmanuelle Charpentier for their fundamental contribution to the discovery of an effective method of genetic editing, i.e. a precision intervention that allows the introduction of desired modifications within DNA in simple, effective, fast and economical way.

The technology developed, called CRISPR/Cas9, represents a true revolution for biomedical research, since it also allows correcting pathological mutations in a specific way.

Often in science, researchers draw inspiration from nature: CRISPR/Cas9 is no exception, being borrowed from bacteria. 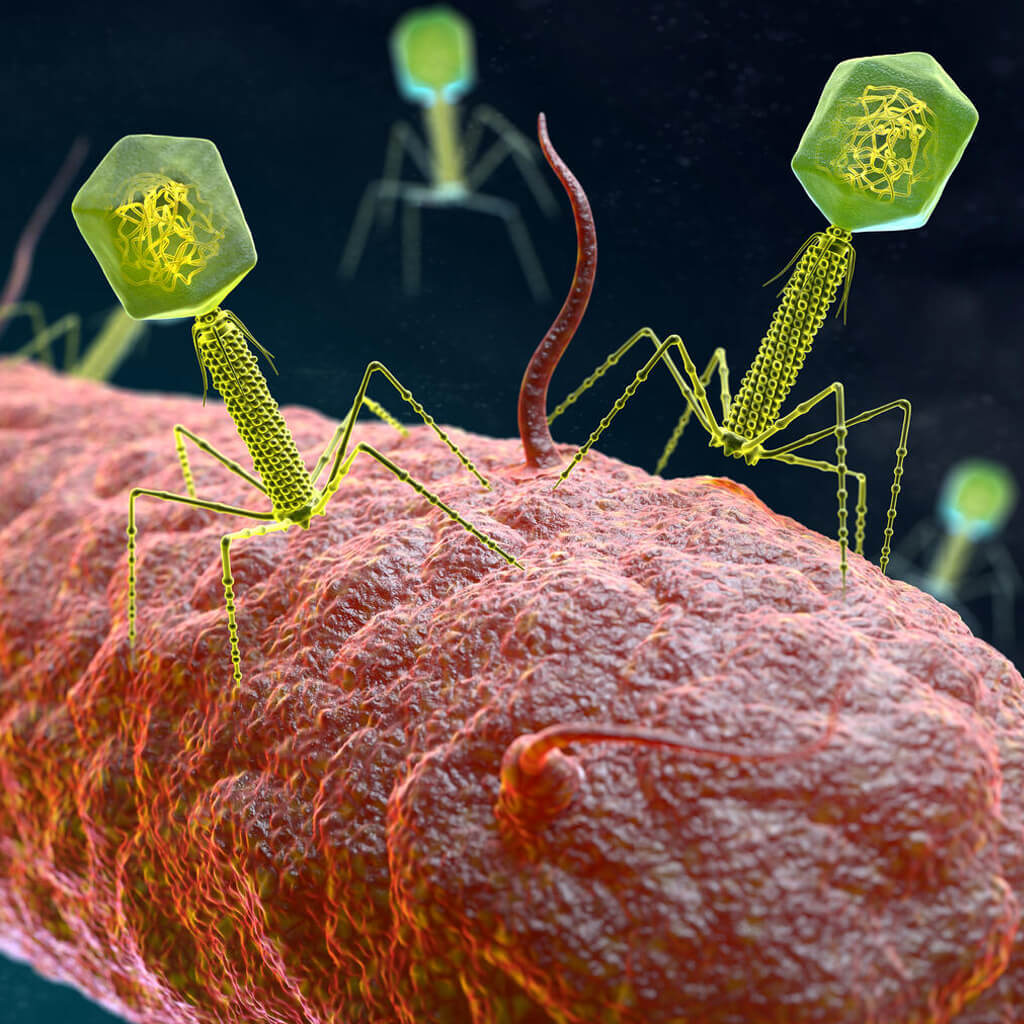 In nature, there have always been preys and predators. In the microscopic world of bacteria, predators, or rather invaders, are represented by bacteriophages: they are viruses that attack bacteria, into which they inject their own genetic material to start replication.

To defend themselves against such unwanted attack, bacteria have developed an ingenious system: extremely precise molecular “scissors” that cut the invader’s DNA and inactivate it, thus preventing infection.

Even more surprising, through the CRISPR/Cas9 system, bacteria are able to genetically memorize the infections already occurred, thus allowing them to respond promptly to a possible second encounter with the pathogen and to pass this response on to their progeny.

Some details about CRISPR/Cas9 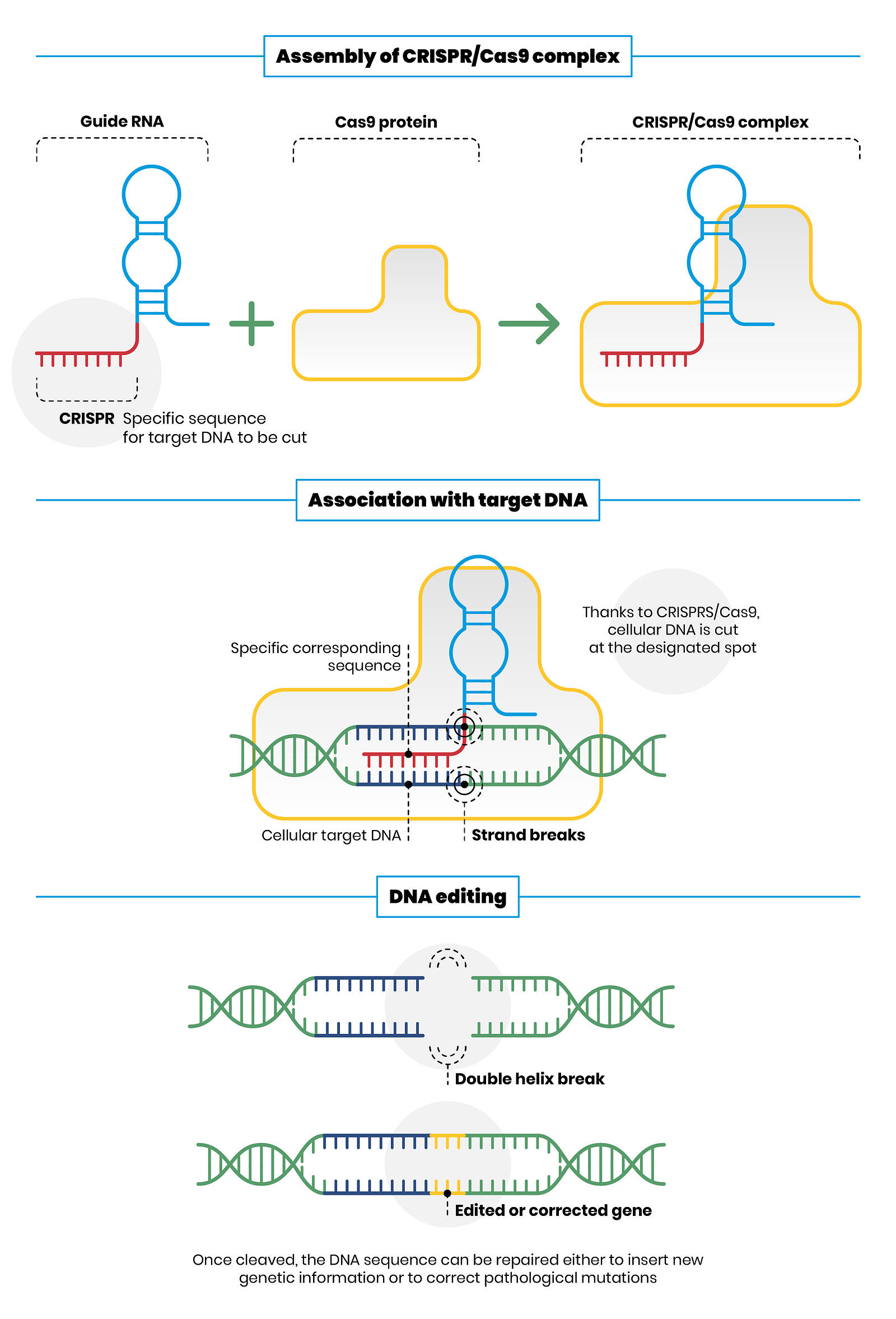 CRISPR/Cas9 (sometimes called just CRISPR) is a complex made up of two parts, which together have the function of identifying the desired spot on the target DNA and cutting it.

Dr. Lombardo, what is CRISPR/Cas9?

CRISPR/Cas9 is a very versatile gene editing system. The CRISPR/Cas9 complex induces a break in the DNA double helix, thus activating highly conserved repair processes that can eventually lead to the inactivation of the targeted gene.

These processes can also be exploited to insert new genetic information within the CRISPR/Cas9 target site, or to correct pathological mutations. Once modified, CRISPR/Cas9 can also be used to deliver factors on DNA that activate or inhibit gene expression.

Why does the discovery of CRISPR/Cas9 deserve the Nobel Prize?

The advent of CRISPR/Cas9 has revolutionized biomedical research, making gene editing a quick and easy procedure. From a clinical point of view, the precision of this new form of molecular medicine opens up interesting perspectives for the treatment of many diseases.

Finally, with the Nobel Prize, a long and virtuous research path was awarded, which culminated in the molecular characterization of the mechanism of action of CRISPR/Cas9 and the first demonstrations of how this system can be used for targeted gene editing.

What are the fields of application of CRISPR/Cas9 in gene editing?

The CRISPR/Cas9 system is extremely versatile and easy to use, making it ideal for many applications. These range from biomedical research to therapy and diagnostics, from the generation of animal disease models to targeted gene modification in agronomy and zoology.

What was there before CRISPR/Cas9?

Before CRISPR/Cas9 (or B.C., Before CRISPR) there were other systems of targeted gene editing. Among the most efficient it is worth mentioning zinc finger nucleases (or ZFN) and TALEN, two genetic editing systems still in use and already in the clinic.

What is currently being done and what will be done at San Raffaele with this innovative technique?

San Raffaele Institute was one of the pioneers of targeted gene editing. To date, CRISPR/Cas9 has become common practice in the Institute’s biomedical research, and several laboratories are evaluating its therapeutic potential. In particular, preclinical studies show encouraging results in the treatment of numerous rare genetic diseases and in cancer immunotherapy. Given the potential of CRISPR/Cas9, it is plausible that this promising technology will have many other therapeutic applications.