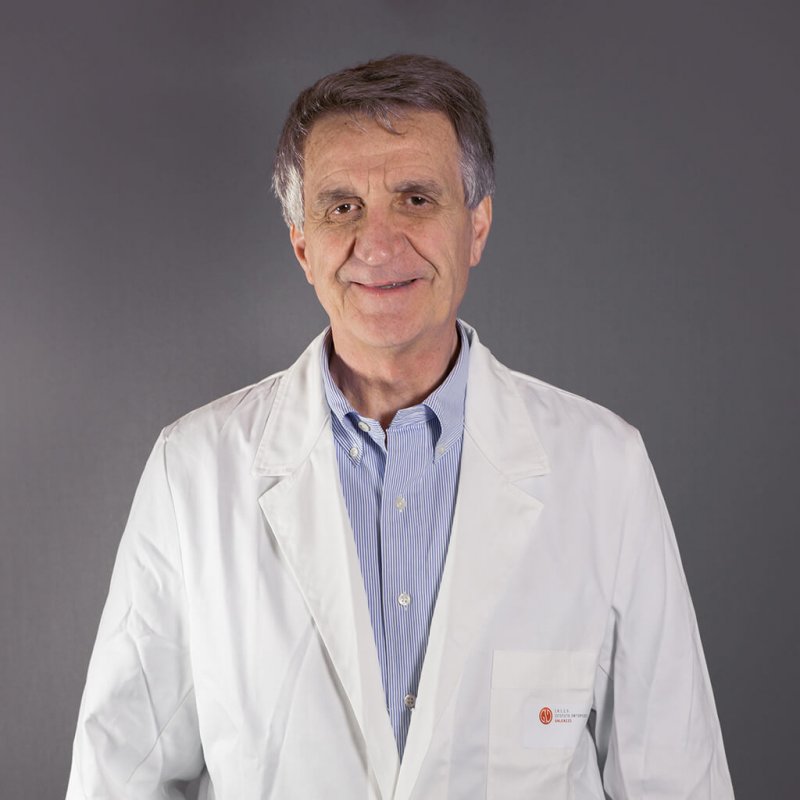 Dr. Umberto Alfieri Montrasio is the Head of the Operative Unit of Foot and Ankle Surgery (U.S.P.eC.) at the IRCCS Istituto Ortopedico Galeazzi in Milan and Adjunct Professor at the School of Specialization in Orthopaedics and Traumatology at the University of Milan. He also collaborates with the Nursing Home Casa di Cura La Madonnina.

In 1990, he graduates in Medicine and Surgery from the State University of Milan, and obtains specialization in Orthopedics and Traumatology five years later. Within the Operative Unit headed by him, Dr. Umberto Alfieri Montrasio treats all foot and ankle pathologies and pathologies of traumatological relevance, practicing major interventions on foot and ankle as first operator. The most frequent pathologies for Dr. Montrasio to deal with include arthrosis of the ankle, arthrosis of the subtalar joint and midfoot, pathologies of the Achilles tendon, osteochondral lesions, rheumatoid foot, hallux valgus, hallux rigidus, metatarsalgia, Morton neuroma, claw o mallet or hammer toes, pronated foot, paediatric flat foot, pes cavus, athlete's foot, foot and ankle fractures.

He is an author of congress materials on various orthopaedic topics, such as osteochondral lesions of the ankle, tibiotarsal arthrosis, foot and ankle malalignments, midfoot and forefoot pathology, acute and inveterate Achilles tendon injuries. He is an organizer of the monothematic course on Ankle Osteoarthritis as part of the International Consensus Conference in Milan (2013) and the XXXIII National Congress of the Italian Society of Ankle and Foot (SICP, 2014), Advance course in Update of foot and ankle Traumatology(SICP, 2021); a society in which he has held numerous positions including, President in the period of 2015-2017. Currently he has a status of the Past President of SICP. He is member of RIAP , Italian register of arthroplasty of Health Superior Istitute.

Degree in Medicine and Surgery – 1990

Specialization in Orthopedics and Traumatology – 1995