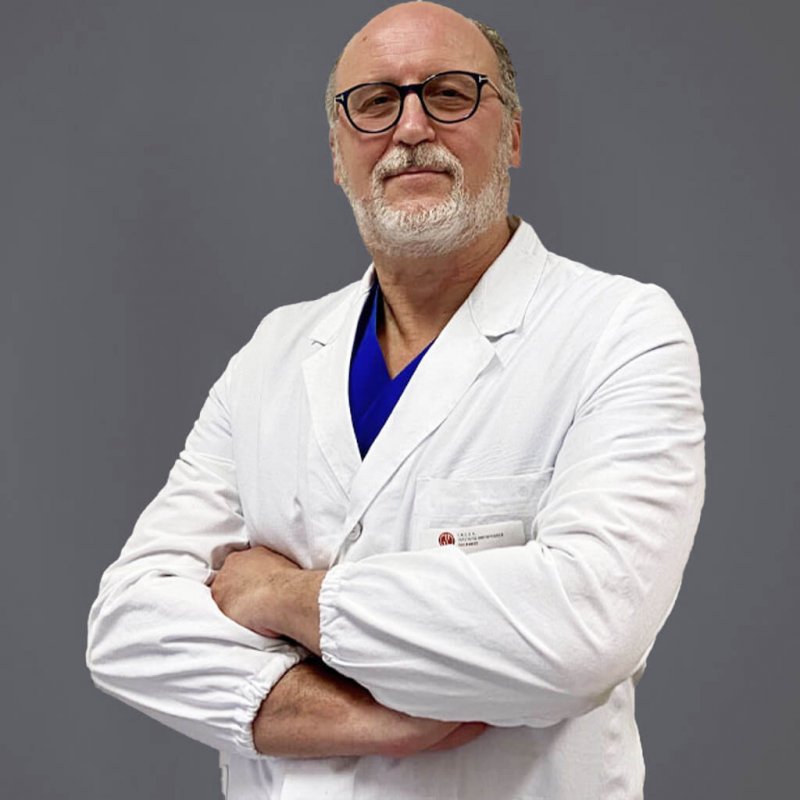 Dr. Paolo Sirtori is an orthopedist of the University Group of Regenerative and Reconstructive Orthopedics (E.U.O.R.R.) of the IRCCS Istituto Ortopedico Galeazzi.

In 1989, he graduated with honors from the Faculty of Medicine and Surgery of the University of Milan, where in 1994 he received a specialization in orthopedics and traumatology.

In 1991-92, he received a scholarship from the Ministry of Universities and Scientific and Technological Research, which he used as a "researcher" in the Department of Bone Metabolism – University of Sheffield – Medical School – Great Britain.

Since 2012, he has been Level 1 Medical Director in the Department of Operative Orthopedics and Traumatology of the IRCCS Ospedale San Raffaele in Milan, where he conducts research in hip surgery and pathology.

From January 1, 2002 to October 2012 – inpatient care doctor in the operational 4th Department of Orthopedics and Traumatology.

From 2012 until today, he has been the Clinical Director of the University Team for Regenerative and Reconstructive Orthopedics (E.U.O.R.R.) of the IRCCS Istituto Ortopedico Galeazzi.

Since 2019, he has been the clinical representative of the ERAS service in the field of hip and knee prosthetics at the IRCCS Galeazzi.