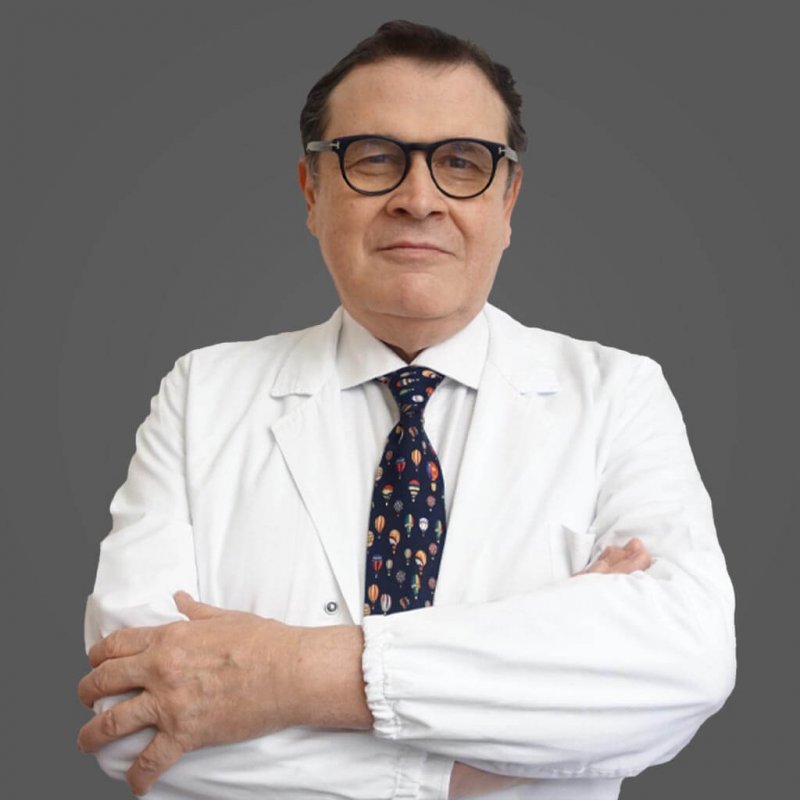 Dr. Mario Santinami is a consultant oncology surgeon dedicated to the treatment of melanoma at Casa di Cura La Madonnina.

After graduating in Medicine and Surgery from the University of Milan in 1982, in 1987 he specialized in General Surgery at the same university.

After completing his education, he began his training in the diagnosis and treatment of melanoma in 1987 at the National Institute for the Study and Treatment of Tumors in Milan, Italy, where he now serves as Director of the Complex Structure of Melanoma and Ocular Oncology Service.

Since 1982, Dr. Santinami has performed more than 10,000 surgeries for melanoma, complementing his clinical work with research specifically on melanoma and Merkel tumor.  He is an author or co-author of 278 publications mostly in indexed Anglo-Saxon journals, has an H-index of 49 and a citation index of 10,630 (data from Scopus February 2022).

Finally, throughout his career Dr. Santinami has held important institutional positions including: