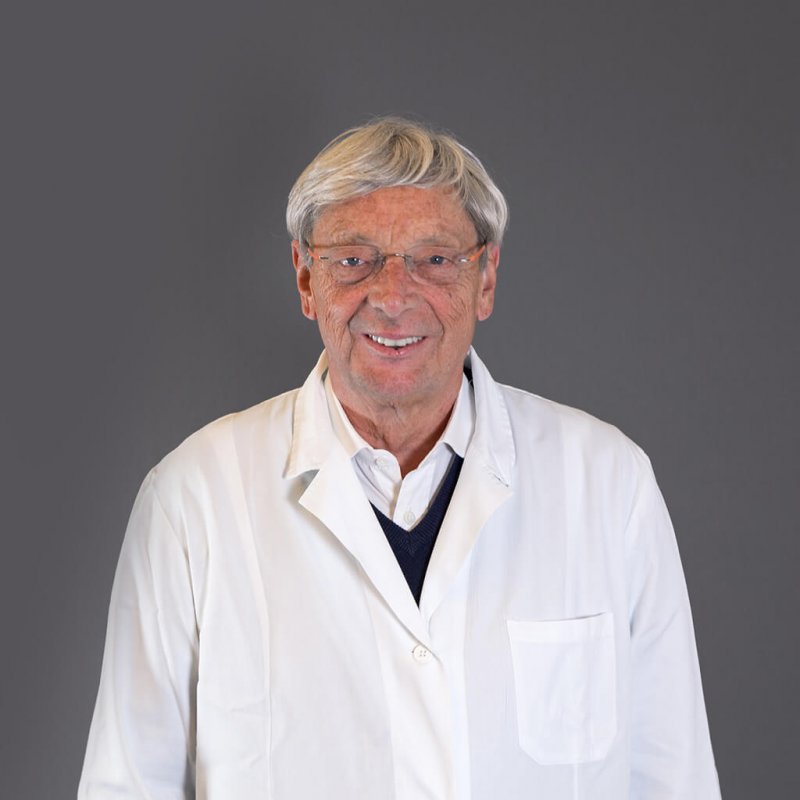 Dr. Herbert Schoenhuber is an orthopedist at Casa di Cura La Madonnina and an associate professor of Orthopedics and Traumatology at the University of Milan.

After graduating from the Faculty of Medicine and Surgery of the University of Milan in the late 1970s, he specialized first in orthopedics and traumatology (1981), and then in sports medicine (1984). He is engaged in sports traumatology, surgery and restoration of cartilage, surgery of the knee, shoulder and ankle joints.

Participates as a moderator or speaker in numerous national and international congresses. Since 2019, he has been the Honorary President of the Medical Commission of the Italian Winter Sports Federation (FISI). He is currently an orthopaedic consultant for the Milan Football Association and FC Sassuolo.

He has more than 90 publications in national and international scientific journals and is the co-author of the book "Alpine Skiing Injuries. Prevention and Management" (2019), which describes preventive strategies and proper treatment of injuries associated with downhill skiing.

University of Milan
Diploma in Medicine and Surgery - 1977

University of Milan
Specialization in orthopedics and traumatology - 1981