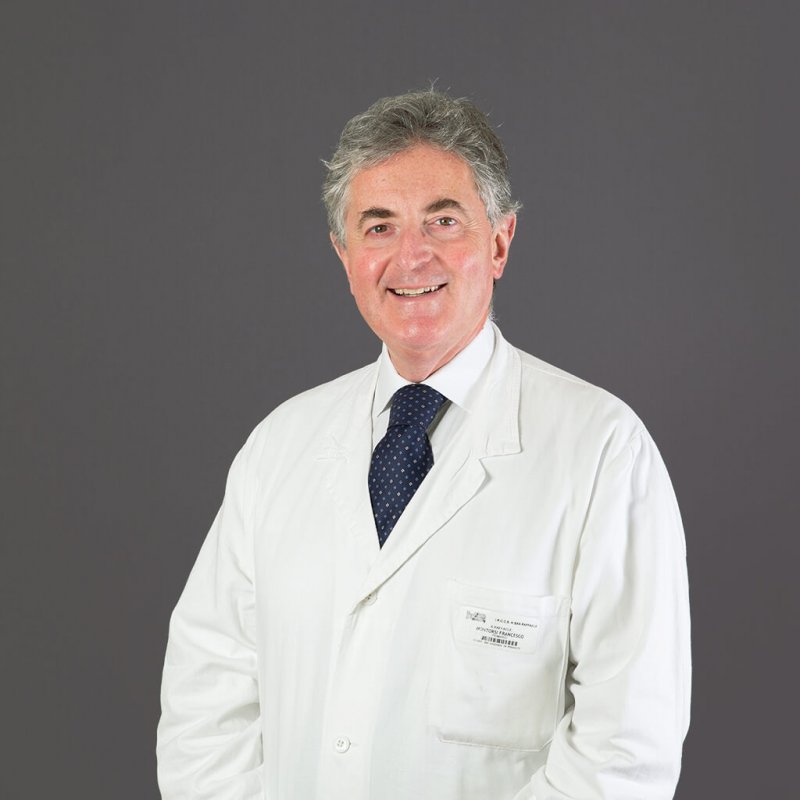 Professor Francesco Montorsi is the Head of the Urology Unit at IRCCS Ospedale San Raffaele in Milan and Professor of Urology at the University Vita-Salute San Raffaele.

In order to refine his surgical knowledge, Prof. Montorsi participated in the ward and operating room activities of the most important urological departments all over the world. To date, he has performed as the first operator more than 10,000 medium and high difficulty interventions in all fields of urology and andrology.

After graduation, the scientific activity of Prof. Francesco Montorsi is focused on the study of prostate, bladder and kidney tumors, prostatic hypertrophy, male sexual dysfunction and urinary stone therapy. More recently he has been interested in the field of laser surgery of urinary obstruction from prostatic pathology, robotic surgical therapy of prostate, bladder and kidney cancer, physiopathology and therapy of penis plastic induration. Prof. Montorsi is also an expert in diagnostics and therapy of erectile dysfunction.

He is the author of more than 1400 scientific articles (source: PubMed) published in the most prestigious international journals. Currently, with an H-index of more than 130 (source: Google Scholar), he is considered to be one of the best surgeon-researchers in the world: he is a member of the 2003 Group of Leading Italian Researchers, is cited in the Top Italian Scientists in clinical sciences and is included in the list of Global Highly Cited Researchers by Clarivate Analytics.

From 2006 to 2013 he was Editor-in-Chief of European Urology, the official journal of the European Associaton of Urology, and currently holds the position of Editor-in-Chief Emeritus. He is also a reviewer for the most prestigious scientific journals, such as JAMA, Lancet, New England Journal of Medicine and many others.

For his activity in the field of urology and andrology, Professor Francesco Montorsi has received several awards during his career, such as the Crystal Matula Award, the most prestigious award of the European Association of Urology (1998), the Hugh Hampton Young Award given by the American Urological Association (2018) and the Frans Debruyne Lifetime Achievement Award (2019). In 2016 he was appointed Commendatore of the Italian Republic by the President of the Republic Avv. Mattarella, and in 2017 he was appointed Honorary Fellow of the Royal College of Surgeons of England.

Degree in Medicine and Surgery – 1987

Specialization in Endocrinology and Reciprocal Diseases with Andrology – 2001