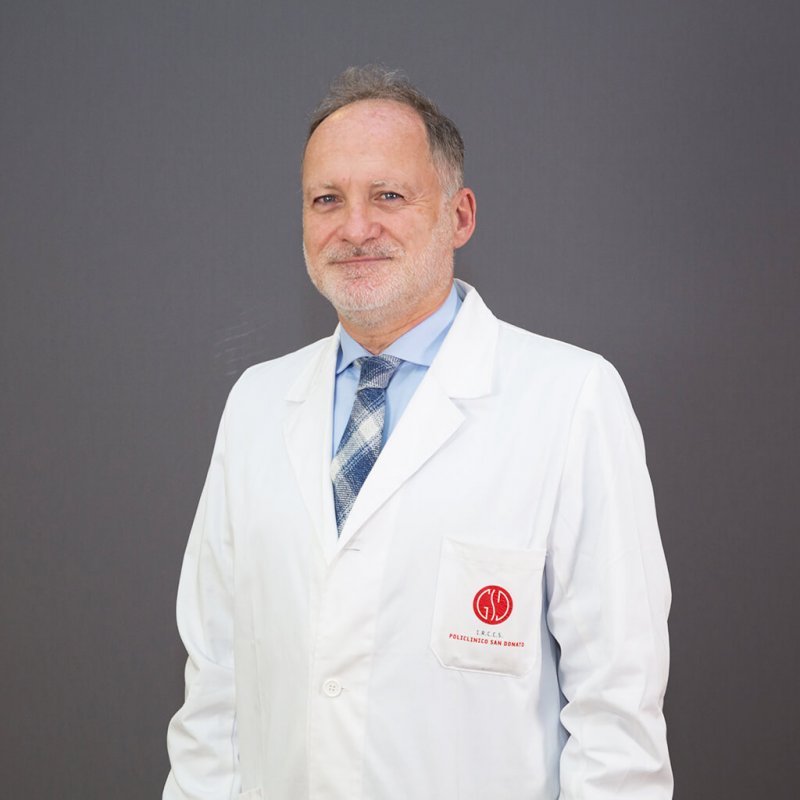 Dr. Alessandro Giovanelli is the Director of the National Institute for the Treatment of Obesity (INCO) at the Policlinico San Donato Clinical Research Institute.

He gained a varied experience while studying abroad, namely at the Catholic University of Leuven in Brussels, Ghent University Hospital and the University of Illinois, where he deepened his skills in minimally invasive robotic surgery in the Department of General, Minimally Invasive and Robotic Surgery in Chicago. Since 2018, he has been the Visiting Professor of Gastroenterology at Vita-Salute San Raffaele University.

Over the years of his career, he has performed as the first surgeon more than 9,000 open general surgical operations using video-assitant. His areas of interest include open and functional general oncological surgery, endoscopic surgery of the digestive tract, bariatric surgery, metabolic surgery and laparoscopic surgery, with a focus on new minimally invasive robotic technologies.

Degree in Medicine and Surgery – 1985